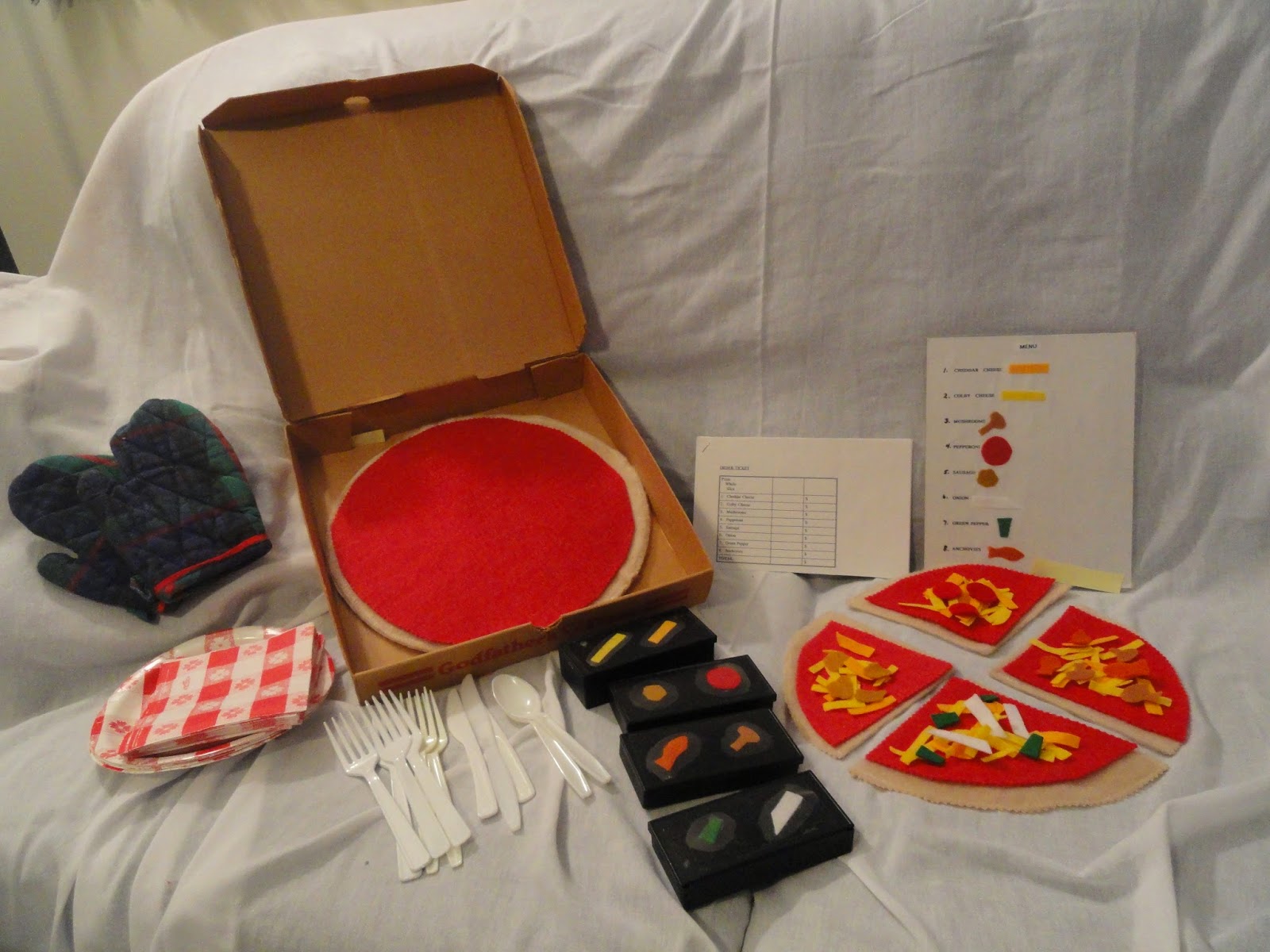 Pretending, imaginative or role playing is a vital component of children’s play.

I remember when my children were young, my husband traveled extensively.  The boys spent hours setting up “airports” with cardboard conveyor belts to push their suitcases on and chairs set up for seats in an airplane. They issued tickets with old boarding passes and labeled luggage with tags from American Airlines, United and TWA.   They created airports on large pieces of cardboard and flew little metal planes to far corners of the earth.  As they played, they worked out their emotions of having a daddy that was frequently far from home.  They also experienced and explored the roles of flight attendant, baggage handler, ticket agent, air traffic controller, traveling businessman etc.
This play would last for days and developed in complexity as it continued over the years.
Dramatic play is one area of play in which children accept roles and act them out.  They imitate behaviors they have seen and express verbal language they have heard.  It gives children the chance to pretend to be someone else.  They discover the realms of reality by pretending to be someone else and dramatize situations and actions that go along with the roles they are acting out.
Dramatic play is valuable to a child’s development by allowing children to
develop skills in multiple areas.
Dramatic play enhances child development in four major critical areas:
Social/Emotional Development:  sharing, taking turns, negotiation, cooperation, better impulse control, delay gratification, dealing with feelings (anger, disappointment etc.), empathy.  Dramatic play promotes less aggressive behavior
Language Development:  better able to explain, ask and answer questions, vocabulary increases,  awareness of the importance of reading and writing is emphasized.
Physical Development:  gross and fine motor skills, eye-hand coordination, visual discrimination
Intellectual/Cognitive Development:  problem solving, creativity, organizing and planning, negotiation, application of new information, abstract thinking, mathematics, literacy, sharing, re-telling of information is increased
For the child that is afraid at the doctor or at school,  dramatic play allows them to have the power to control the situation and the ability to conquer and define their fears and emotions.  Historically, dramatic play was defined as “housekeeping” in preschool settings.  Early childhood specialists know that the roles have expanded far beyond the role of playing “house”, by rocking and caring for dolls or cooking in the kitchen, to the many professions and roles that society holds.
Much to my husband’s dismay, (later he admitted the value of such play) I included a kitchen set and a few dolls along with my boy’s toys.  I encouraged them to be good daddies and helped them practice parenting skills.  This was especially helpful when a new child was brought into the family.  Culinary skills were practiced with the kitchen set.  My boys opened  restaurants learning how to plan nutritious meals, serving  fancy coffees and charging me very large prices!  As they grew older, play money was introduced and we calculated bills, counted money and made change.
My very favorite dramatic play was created with an old pizza box, some felt scraps, some fake fur and some empty plastic boxes.  This dramatic play box expanded over the years with their age and developmental stages.  It began by just making slices of pizza and expanded to the use of menus, order forms, and play money.  Before they could read and write we used stickee arrows to mark the ingredients the “customer” wanted on their slice of pizza. As the boys got older, we added order forms, learned to add up costs of an order, counted money and made change. We practiced etiquette of serving food and dealing with customers.  Hours… years of fun were created from this one dramatic play kit!  You wouldn’t believe how much they used to charge me for a piece of pizza and a soda!  It was highway robbery.  🙂 They had so much fun!
The book Miraculous Magical Moments in Minutes:  Over 500 activities for Adults and Children to Share  by Becky Baxa available from Amazon.com  shares six pages of dramatic play kits you can make for your child (ren).  Kit ideas for family life, birthday party, tea party, doctor/hospital, cleaning, laundry, circus, zoo, farm/ranch, beach, fish pond, camping etc. can be found in this book, plus much more.  These dramatic play kits are made with materials found around the house or from garage/rummage sales or thrift/re-sale shops.  Don’t forget to check boxes in the garage and attic too!
Next week I will share specifics on how to set up the dramatic play of being a postal carrier!

Remember, play is a child’s work!

Take a break and play with your child.  Listen to them carefully.
What you hear will direct you to the play that will be most beneficial and interesting to them!
Have fun!
Additional Resources can be found at these web sites:
http://www.earlychildhoodnews.com/earlychildhood/article_view.aspx?ArticleID=751
http://stayathomeeducator.com/the-benefits-of-dramatic-play-in-early-childhood-education/
Inspired from the book:
Miraculous, Magical Moments in Minutes:

Over 500 Quick, Easy Activities for Adults and Children to Share

by Becky Baxa
Available from http://www.Amazon.com
in both Kindle and Paperback versions